Being a Mexican-American with a Norwegian surname, I get diversity. I’m used to being the minority—as both a woman working in technology, and a Latina. The lack of diversity from college to volunteering to employment has become far too common. In fact, according to a study by The BrandLab, Minneapolis has some of the largest opportunity gaps between white and non-white citizens across a number of metrics, including education, employment and health.

The stats are shocking—91% of advertising and promotions managers in Minnesota are white, while less than 9% are persons of color. Percentages were also similar across marketing and sales industries. And, according to the Human Rights Campaign, the existing patchwork of legal protections for LGBTQ people in the United States leaves millions subject to uncertainty and potential discrimination.

Media Junction is working to bridge the inclusion gap by signing the MN Tech Diversity Pledge. By signing, we pledge to commit resources, energy, and attention to LGBTQ, people of color and women.

We—Along With Other Companies That Sign the MN Tech Diversity Pledge Will:

1. Expand employment and career development practices to be more inclusive of underrepresented communities.

2. Develop a plan to increase hiring of LGBTQ, women and people of color.

3. Educate HR, hiring teams and current employees about unconscious bias and explicit prejudice, and activate specific plans to alleviate them.

5. Share data about LGBTQ, race and gender demographics within our office.

Taking the Pledge Head On

For the last 19 years, Media Junction has been led by a female CEO in a male-dominated industry. Trish Lessard, along with the thousands of female leaders across industries, has fought against discrimination solely based on her gender. Recognizing her advantage of having the unique perspective of leading a business while also being a woman and a mother, Trish pushed through these obstacles and last year was named one of the Top 20 Women to Watch in Sales Lead Management.

Our success as a company really boils down to one main value—respect. Since Media Junction’s team is fully in-house, we communicate internally constantly. We do not tolerate disrespect or bullying based on race, ethnicity, gender, sexual orientation or religion, and it’s up to us to call it out when we see it. Trish says it best: “Without diversity you are not exposed to different perspectives. It becomes extremely narrow-minded and stagnant in terms of progression.”

“Every member on your team needs to take a stand against bullying in the workplace,” our CEO declares. “If someone is being disrespectful to someone else, everyone in the company is empowered to call them out on it.” All Media Junction employees come from different places and different backgrounds—but we’re all part of one team.

Naturally, we carry this into our work. We respect the varying cultures and audiences we work with or that make up a target audience for a client, and we seek to better understand them. Over the next several weeks, we’ll be featuring our inclusive work environment in our blog. Our team will share how having diverse backgrounds sets us up to better understand our clients and their audiences—and how Media Junction goes beyond the pledge. 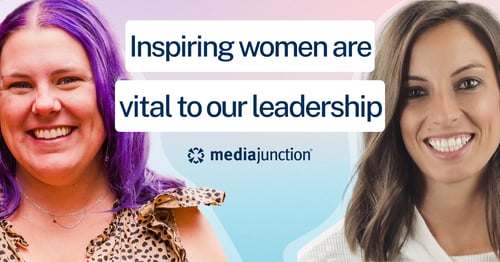 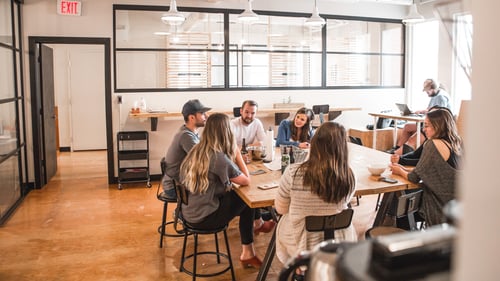