Social media is an inevitable part of running a modern business. Whether your business participates or not, your customers will be tweeting, snapping, and instagramming about their experiences with you. For restaurants, the pressure to engage online can be just another item on a laundry list of things they complete every day, but with the right recipe, that extra effort can transform your customers into evangelists and put your restaurant at the top of the list when hunger strikes next.

An example of a restaurant nailing the social media game right here in the Twin Cities is Blue Door Pub. BDP has three locations in Minneapolis/St.Paul with two more on the horizon, poised to deliver a “collision of culinary creativity and Midwestern ingenuity” to any who pay them a visit.

We asked Marissa Schafer at Blue Door Pub what importance being online holds for their business.

“Social media has been the conduit for us in cementing lasting, meaningful relationships with our guests through the content they share. Whether they are posting about a birthday celebration or weekday lunch at one of our restaurants, each posts connects in some way or another to the story we are telling with our brand. While we want folks to think ‘yum’ when they think of us, we also want them to think of the experience they have while at Blue Door."

What caught media junction’s eye, in addition to their consistent voice and quality imagery, was a hashtag they were using: #trailertalk. Blue Door used a video to announce their catering team was hitting the road with their affectionately named trailer “Babe the Blucy Box” every week to bring surprise Totchos to local businesses. The trailer and delicious cargo had paid a visit to Periscope Creative & WhereIWork, and media junction had two employees determined to make their office next on the list.

Inbound Marketing Coordinator Zach and myself got to work brainstorming a way to woo the purveyors of midwestern delicacies. After several terrible ideas were squashed, it hit us: what better way to convey love than with a poem? It was not long after the ultimate Totcho summoning haiku was composed.

A haiku about Totchos <3

We love @bluedoorpub
Come to @mediajunction
Surprise tots are bomb


One thing many social media managers forget to do is collaborate. With the haiku written, our plea for Totchos still had plenty of characters available with the recent limit increase. We used this space to CC relevant parties, and even gave a nod to a few local social media rockstars who inspired the idea and would add volume to our Totcho prayers.

A few days later, those prayers were answered:

Blue Door on the go.
Coming at ya tomorrow.
Yummy Totchos dang.

Sending a haiku was unconventional, but it had worked! Why?

The inclusion of local social media personalities put the tweet in front of a larger audience. We chose to include the Product Poet, a local twitter enthusiast who specializes in brand engagement through micro-poetry. The unique content of the tweet amused that audience (we hope at least!) and coaxed Likes, Retweets, and eventually got us noticed. I was mostly pumped my Twitter was getting so much love.

The following Monday, Blue Door Pub arrived at the media junction office and ended our weekly standup the right way by whipping up a delicious batch of Totchos right in front of us. It was fantastic to meet the faces behind the poetic exchange, and we can confirm the Blue Door team is just as fun in person as their social media suggests.

As our appetizing adventure came to a close, the media junction team was left with full bellies and thoughts of how they got so lucky to have Blue Door Totchos for lunch. But that’s the thing—this couldn’t all be chalked up to luck of the draw. The true culprit behind the special delivery was savvy social media skills between two businesses.

Customers are on Facebook, Twitter, and Instagram tagging and posting regardless if you are, so join the social movement and start interacting with your consumers and local businesses! Being a prominent presence on your company’s social channels not only increases your brand reputation and builds relationships with your consumers, but it just might get you Totchos. 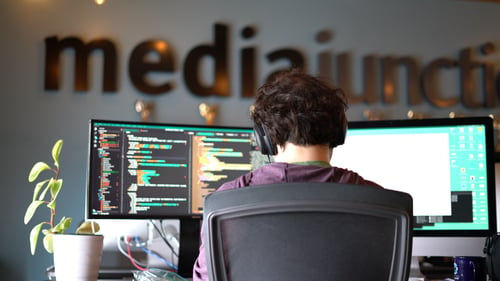 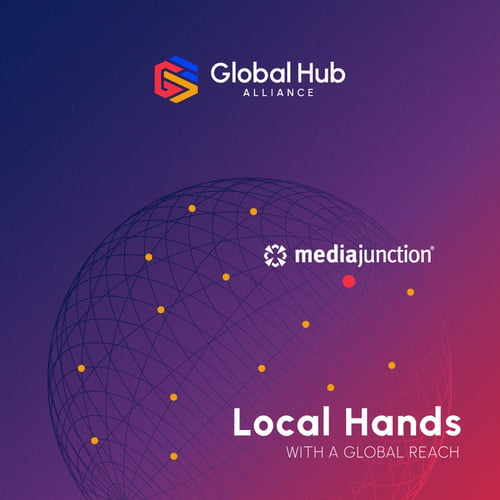